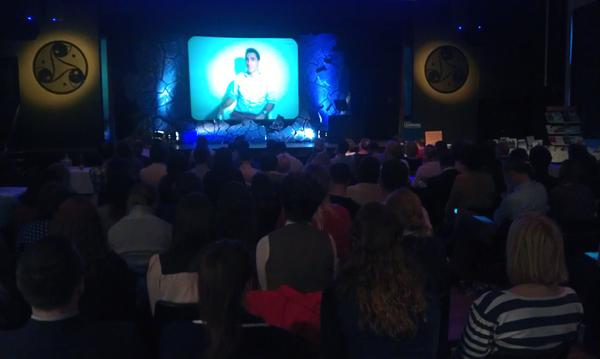 This evening enough I was lucky enough to be one of the people who got a seat at TMClevedon. One of the things I love most about TeachMeets in the way that this simple idea can be taken and applied to a whole range of contexts, but they do it big in Clevedon, and this is one of the most professionally run teachmeets I’ve had the privilage to attend.

I’ll post my reflections on the event separately later on, but I wanted to include my presentation here. As I mentioned in the talk, over the next ten days, I’ll publish a post a day going into more details about these ten ideas. You can subscribe to the RSS feed for the blog here, or follow me on Twitter for the link as and when it gets published. My list of ten things were:

You can find the rest of the videos from tonight, and indeed from previous TMClevedon events on their YouTube channel.

ps – Two presentations before me was the always excellent David Didau (@learningspy) talking about the amazing cross departmental project they are running in year 9. I scribbled two things on my hand intending to add them to my talk, but the nerves and the 60 second warning noise forced them from my head.

‘David mentioned the word stunned in his talk, and that’s always been my experience of what happens when you hand control over to students and then just get the hell out of the way. The surpass your expectations. Leave you stunned.

Also, I don’t know if anyone here has heard of Dr Ben Goldacre, of ‘Bad Science’ fame. In his new book he points out that it’s not enough for medicines to be measures against the alternative of not doing anything, we need them to be measured against the best thing that’s currently available. I think it’s an idea we could do with trying to adopt in teaching too.’

Not really sure where the second one came from to be honest, but it’s idea I might return to later in the year.

Quick and easy 'lollysticks' for no hands up