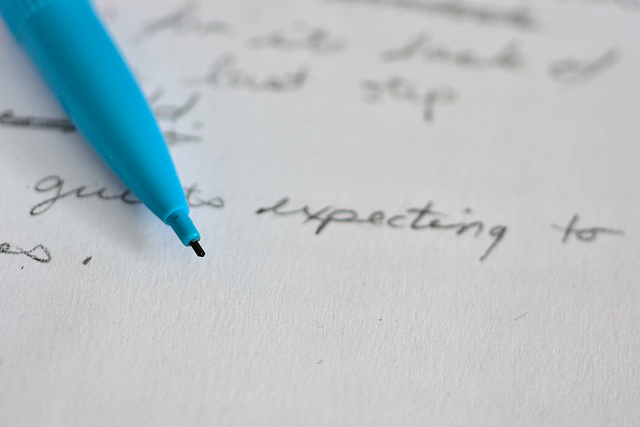 When I started my teaching career I quickly found huge benefit from being part of the online history teaching community that made up the forums at the schoolhistory.co.uk website. The idea that I could not only ask questions of a range of excellent teachers in a variety of settings but also put up my own thinking for testing in a friendly environment was both attractive and rewarding. While a number of my peers didn’t necessarily want to engage by posting their own comments, I know that a number of them read and made use of the forums.

I can’t remember when I set up my first blog, I think it was probably during my NQT year. That no longer exists, but I’ve been posting here on and off since 2008, and the same idea of being part of a larger community still holds true. Since the advent of Twitter much of the conversations that use to take place on forums and in the comments below blog posts has moved there, but I suspect (with no firm evidence to back up this assertion) that the last few years have seen an increase in the number of teachers blogging.

I’ve found a number of benefits over the years. I still come back to things I posted years ago to review and revisit both thoughts, links and resources that I posted. In some ways, I’m writing for my future self. I’ve also been lucky to receive a range of useful and supportive comments over the years that have helped me develop my thinking. While some part of the edu-tiwtter-blogosphere can, at times, be a little hostile, that has never been my experience. The awareness that there may be an audience for your writing can, if you let it, act as a barrier to your writing. While that may have stopped me posting things that are probably better off unposted, I think there’s something in the idea that you just get on with it. As Seth Godin might say, just ship it.

Which brings us to #28daysofwriting. The idea came from Tom Barrett in 2015, and you can find what Tom wrote about it at the time here. One of the key things was that by placing a 28 minute limit on your writing, posting something once a day was achievable and would make it more likely to become a habit. While I’m not sure that quote worked for me (if I’m honest by the time March rolled around I was ready for a break), at this point in time I’m looking for an excuse to get back to blogging, and this seems like a good way of doing so. As well as a legacy of those posts, the idea of a post a day was also a strong feature of the late, lamented ‘StaffRm’ site.

If you want to join you’ll need:

If you do join in, even just for a few days, post a link to Twitter using the hashtag #28daysofwriting. And you’re not writing yourself, keep an eye on the hashtag and a comment to the posts of those who are.

Image: The End of the Line by Bruce Guenter – CC Licensed on Flickr.com

1 thought on “Another 28 days of writing”